Tesla China a fatal Model Y crash in Chaozhou, located in the province of Guangdong in southern China. The Model Y was filmed accelerating out of control for about two kilometers

U.S. Tesla (TSLA.O) said it will assist Chinese police in investigating a crash involving one of its Model Y cars after local media reports said two people had died and three were injured when the driver lost control of the vehicle.

the southern province of Guangdong killed a motorcyclist and a high school girl, Jimu News reported, posting a video of a car driving at high speed crashing into other vehicles and a cyclist.

Recall that In the first three quarters of the year, BYD sold 1,175,321 passenger EVs. That number includes both fully electric cars, as well as plug-in hybrids. Meanwhile, Tesla sold 908,573 EVs over the same period. On a number of deliveries, BYD leads Tesla by nearly 30%.

The company vowed to improve how it handled customer complaints after that instance but said that speeding violations were behind her crash. Tesla also claimed over the weekend that another owner had been ordered by a court to publicly apologize and compensate it after it found that his complaints about brake issues were inconsistent with the facts of the case and harmed the company’s reputation.

The driver did not hit the brakes

Tesla says, in this case, meanwhile, that the brake lights were not on in the footage of the accident and that its data showed that there was no record of the brakes being stepped on throughout the incident.

Hope its not flagged down since #tesla and #twitter is under same entity. More info: The driver (Mr. Zhan) said when he was attempting to park his Tesla, the brake petal went too hard to push and pressing P mode also didn’t help. pic.twitter.com/P2LGfQj5Yk

The price cuts also come after Elon Musk said he sees elements of a recession in China.

However, in September, the China Passenger Car Association reported Tesla delivered 83,135 China-made electric vehicles, a monthly record for the company. Tesla has a huge Gigafactory in the Chinese city of Shanghai which it completed upgrades 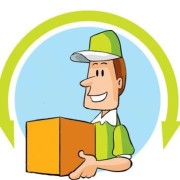