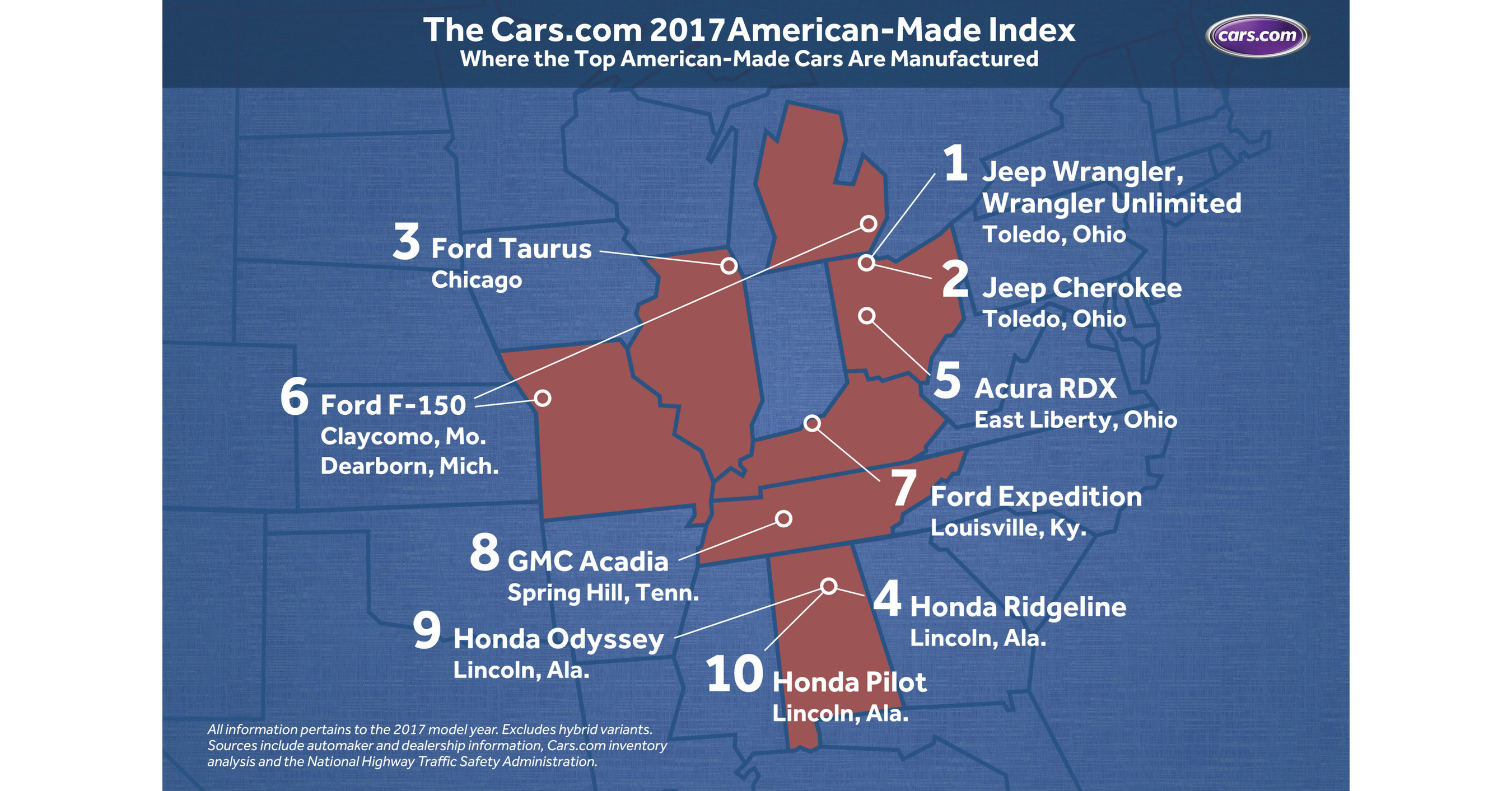 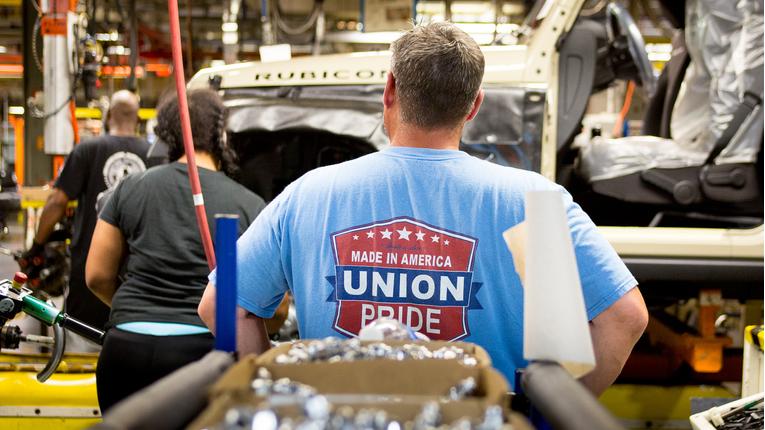 Related: The Cars.com 2017 American-Made IndexWhich cars are they? CARS.COM — Cars.com’s American-Made Index analyzes a range of factors — now five in the revamped 2017 index — to determine just how American your next car or truck might be. That’s according to a Cars.com analysis from January, which found that about 60 percent of U.S. light-vehicle sales in 2016 came from cars and trucks built in America. Through the first four months of the year, automakers built 3.96 million cars and trucks in the U.S., according to Automotive News. FCA discontinued production for the 200 and Dart in late 2016, and it moved Compass production to Mexico in early 2017.