Is the 2018 Dodge Durango SRT actually faster than the Jeep Grand Cherokee SRT? 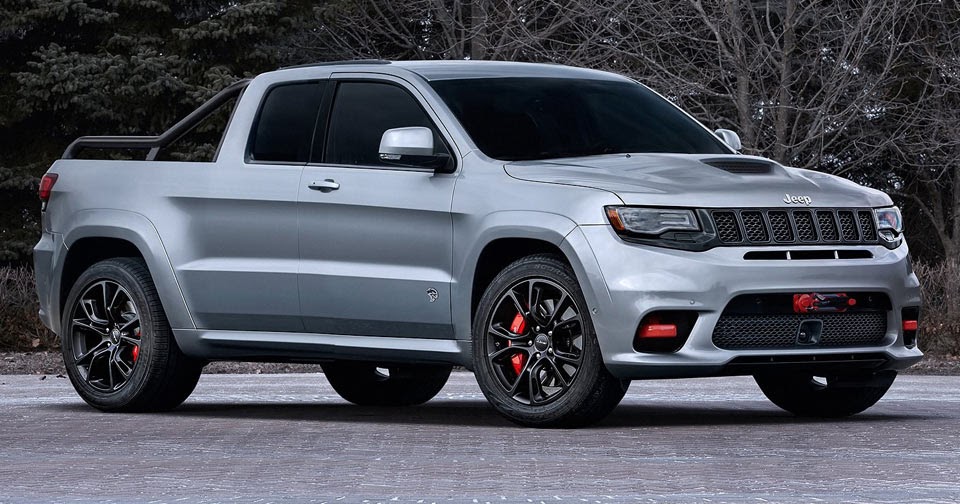 After all, who wouldn’t love outpacing supercars in a pickup truck you can purchase from any Jeep dealer? PHOTO GALLERYAlthough Jeep hasn’t publicized any plans about a Grand Cherokee-based pickup and in all probability, will never create such a vehicle, one look at this rendering will leave you wondering why not.Conceivably, it wouldn’t be too difficult for FCA to approve a Grand Cherokee pickup and for Jeep to simply convert the standard SUV into a pickup. Such a procedure could be costly, especially if the model proved popular, but it is certainly within the realms of possibility.As a result, automotive rendering extraordinaire Rc-workchop recently rendered a Grand Cherokee pickup but not just any old pickup, a Hellcat-powered one.Jeep has already confirmed that a Grand Cherokee Hellcat is in works with the brand’s 707 hp, 6.2-liter supercharged V8 engine. The pickup rendered therefore includes a bold front fascia and includes a large hood scoop, flared arches, big wheels and massive brakes.The two rear doors of the Grand Cherokee have also been removed to make way for a large bed area with steel reinforcements.If, for some reason, Jeep decides to ever create such a pickup, we can only imagine it proving a runaway success.