The Jeep Yuntu Concept is all about its seven-seat layout, something Chinese customers can’t get enough of. Case in point: Ford produces a three-row, long wheelbase version of the Edge mid-size SUV in China to satisfy this demand. The rear end is more sensible, packing what might be a split-opening tailgate.However, beauty is in the eye of the beholder. The handle is no coincidence, though, but a tongue-in-cheek reference to the PHEV badges located on both front doors. The said model is set to be previewed next week in Shanghai by a concept.First things first, it’s called Yuntu, which apparently means cloud map or something in Chinese.

And by the way, Jeep is referring to the concept SUV as Yuntu, which supposedly means cloud map or something in Chinese. Let’s hope Jeep will confirm something at the Auto Shanghai 2017 about the prospects of the Yuntu Concept making it into production. 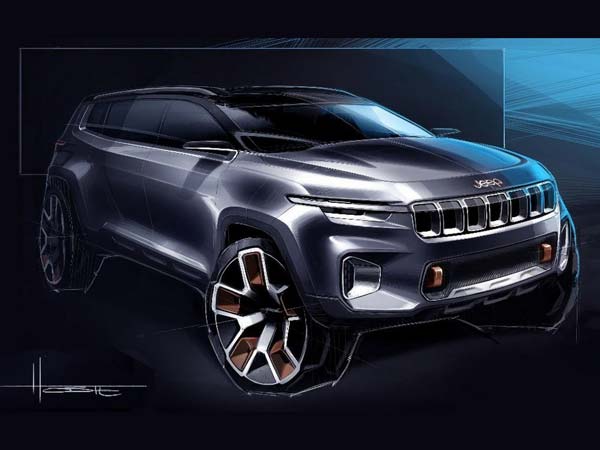 The Jeep Yuntu concept has been revealed in a series of design sketches ahead of its debut at the 2017 Shanghai Motor Show. Those whispers were true, with these sketches revealing a ‘PHEV’ (plug-in hybrid electric vehicle) badge on the concept’s doors. We’ll have the full skinny on the sizeable Jeep Yuntu when it makes its debut on April 19th. It’s not clear if the Yuntu concept signals the arrival of a China-only model from the brand or a global product. Jeep first teased the new concept a couple of weeks ago before rumors surfaced it was to be electric or a plug-in hybrid.