The all-new 2018 Jeep Wrangler is not expected to debut until the end of the year. We will keep you updated with the next Jeep Wrangler as information comes to hand. Spy shots have uncovered exterior elements, but the interior has thus far remained something of a mystery. Pictures on JL Wrangler Forums show the new SUV’s interior in all its glory. It maintains its upright dashboard, but two large horizontal metal trim panels take pride of place, with a large colour touch-screen in the middle.

Our Spies Snagged a Look Inside the 2018 Jeep Wrangler Unlimited 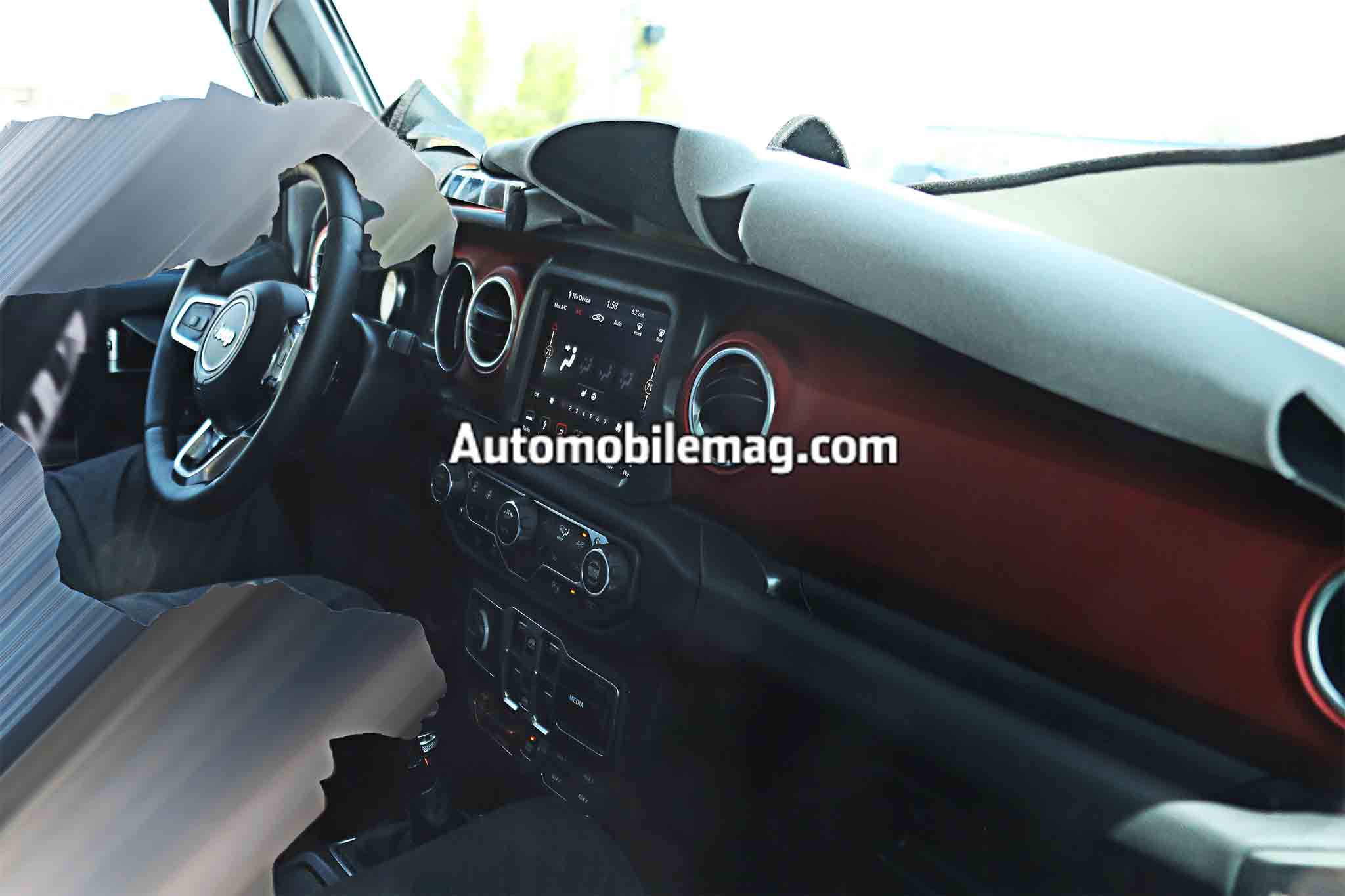 The launch of the all-new 2018 Jeep Wrangler Unlimited is just around the corner, and sightings of camouflaged prototypes have been growing more common. The 2018 Jeep Wrangler and Wrangler Unlimited are expected to make their debut sometime this year, possibly in the fall at the 2017 Los Angeles auto show. This manual transmission-equipped 2018 Wrangler certainly does not suffer that deficiency and features Fiat Chrysler’s 8.4-inch touchscreen, which appears to be running the latest version of the automaker’s Uconnect system. However, until now, we’d been unable to get a look inside the new Wrangler. One easy criticism to level at the current Wrangler is its use of a small infotainment screen with an outdated interface.