Washington State Patrol Courtesy A Suburu driver prevented a Jeep from passing on the shoulder — by ramming it three times. 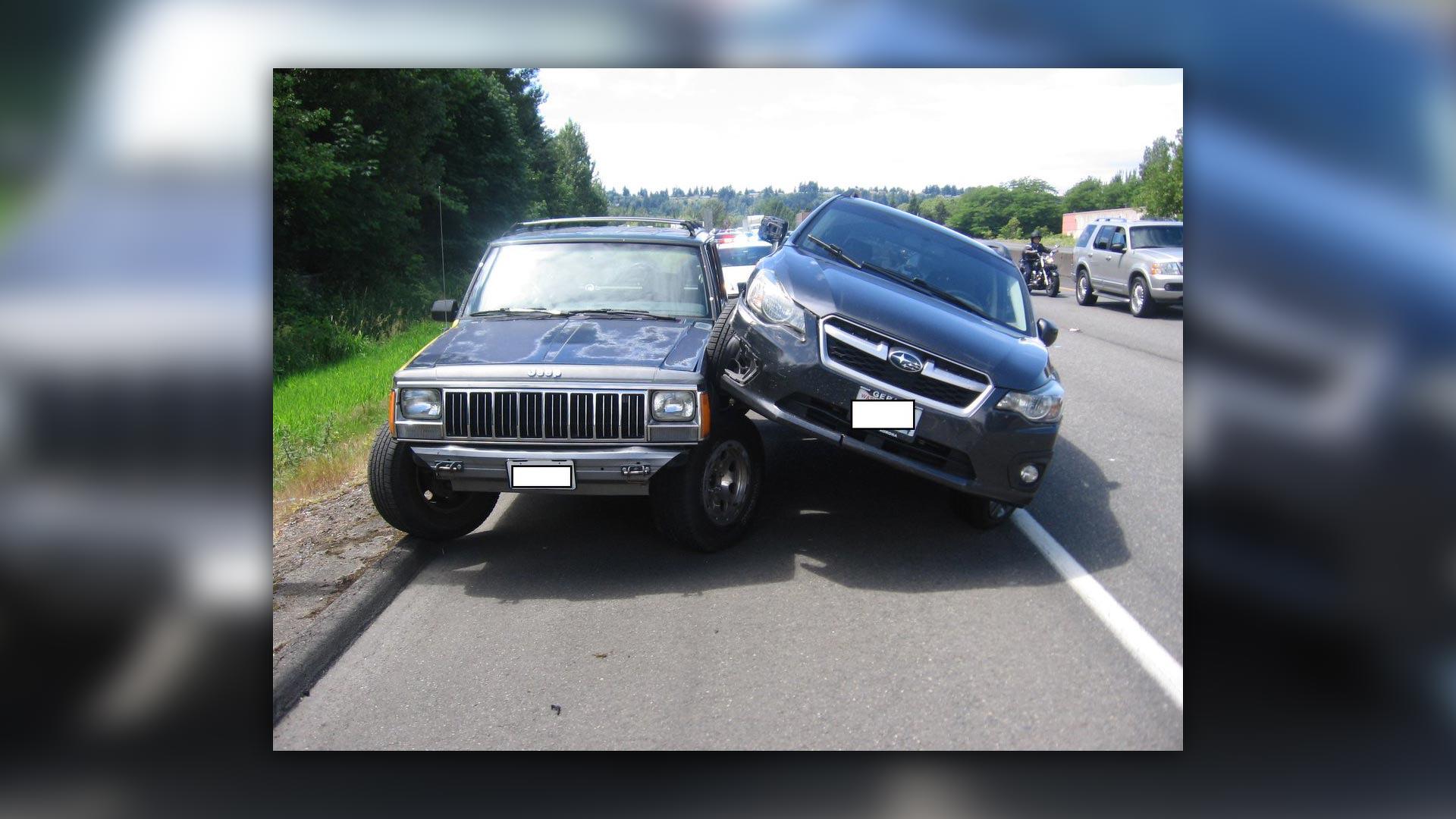 A Subaru Impreza driver in Kent, Washington, got tired of cars passing on the shoulder during gridlock. However, the Cherokee made an effort to drive further off the road to go around, and the Subie driver wasn’t going to let that happen. Photos from the scene showed that the Subie ended up balancing partially on top of the Jeep. Tensions became so high that the person crashed into an old Jeep Cherokee that was trying to go around and then hit the SUV two more times. According to Trooper Rick Johnson, Washington State Patrol District 2 Public Information Officer, both drivers received tickets for negligent driving.