For years, off-road enthusiasts and affluent vacation home owners have gawked over the American Expedition Vehicle Brute. Built off a modified Wrangler Unlimited chassis, the Brute is AEV’s pickup version of the Wrangler. AEV made two versions of the Filson-branded Jeeps: one was a Brute and the other a standard Wrangler Unlimited. Is it a coincidence that Jeep—whose pickup will likely take its design cues from the Wrangler—just announced they’ll be releasing their pickup in 2018, and now AEV shutting down Brute production on March 31, 2017. Over the years AEV has teamed up with various other brands, but one of their most notable partnerships was with Filson.

One of the those companies that will convert a Wrangler into a pickup for you, American Expedition Vehicles, has decided to end production of their AEV Brute Crew Cab Jeep pickup before the real thing hits dealers next year. Converting your Wrangler Unlimited into a hulking AEV Brute will run you $41,665, making it a rather expensive proposition. AEV is making a last call to wannabe Brute buyers before they put the vehicle out of production for good. AEV lengthens the Wrangler’s frame by 36-inches in creating the Brute and also applies a pickup bed, a winch, skidplates and 35-inch tires. Soon Jeep fans will finally be introduced to the Wrangler-based pickup truck they have desired for years, but for now, the aftermarket is the only way to get yourself into a Jeep with a bed.

The Jeep Wrangler Pickup Is Going Out of Production Soon 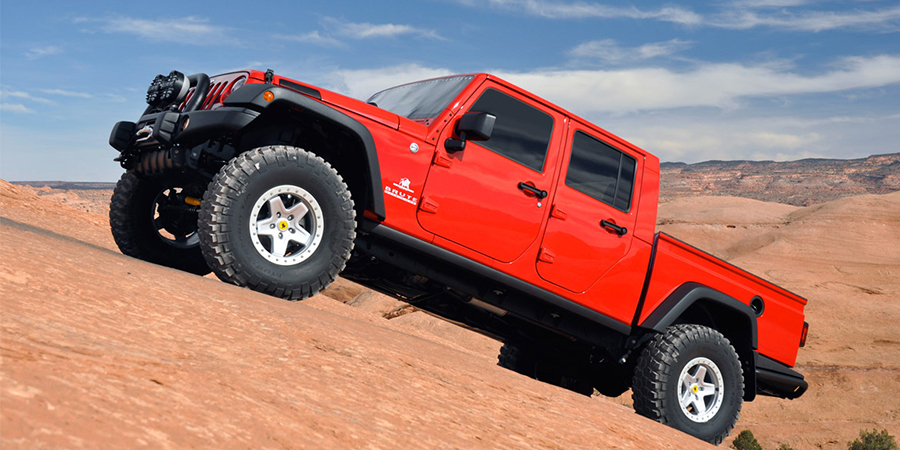 “Motor1.com” said : Jeep Patent Drawings Show 7-Seat SUV – Could It Be The Wagoneer?