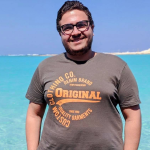 It is expected to hit the market as the safest electric car you can buy.

In addition, the car manufacturer said that it would be able to drive up to 400 km per charge.

Besides, it will come with two electric motors one for the front wheels and the other for the back.

This Volvo will come with a total output up to 408 horsepower.

The car’s interior will be as futuristic as the car will be from the outside.

The car will come with a suite of driver assistance technologies that will rely on cameras, radar, and sonar sensors.

It will come with a new touchscreen control system for entertainment.

In addition, the car will come with technologies that are originally developed by Google.

Moreover, the system will get updates over the air as Tesla cars do.

Besides, it will have AppleCarPlay like the most futuristic cars do as well.

Volvo XC40 2020 electric battery packs will be under the floor, therefore you can use the space under the food as storage.

“The fully electric XC40 will be one of the safest cars we have ever built,” Malin Ekholm, head of safety at Volvo Cars.

The car will come with a range up to 58 miles, which is very good but not enough like the other electric cars.

As for the price range, the car will start at $48,000 after federal tax incentives.

Moreover, it will be available in the U.S later this year.

The company will offer a year free of electricity to its Volvo XC40 recharge customers.

The car will come to the market soon and will undoubtedly compete with the BMW iX3 and Audi e-tron sportsback.

Given its fierce looks and powerful specs, it will also compete with one of Mercedes-Benz Cars, which is EQC.